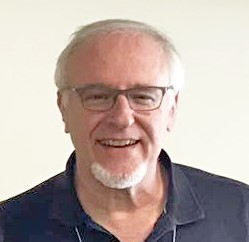 Two of the golden threads woven through the tapestry of Harry Reis’s science are a critical understanding that relationships serve as the context of human behavior and the recognition that everyday experiences matter a great deal. Regarding the first thread, early on in his illustrious career, Harry appreciated that it is not merely an interesting footnote that the root of the word social means companionship and home life; rather he noted that the vast majority of social life involves people who know each other reasonably well, exist in a network of acquaintances, have a history of interactions, and expect to interact again in the future. Regarding the second thread, Harry has convincingly advocated for an approach to science that includes observing phenomenon and testing theories in the context of everyday life; an approach that complements the control of laboratory experiments with studies of life as it unfolds in all of its mundane and exceptional glory.
Harry was born to a family of immigrants from Germany and grew up in The City (New York City, of course) where he attended the Bronx High School of Science, the City College of New York as an undergraduate, and NYU for his Ph.D. Harry then left the city to venture way upstate to begin his career as an Assistant Professor at the University of Rochester and never left. He is currently Professor of Psychology and the Dean's Professor in Arts, Sciences, and Engineering. Over his career he has contributed more than 250 papers (and counting!) to the literature.
In 1988, Harry and his collaborator Phil Shaver introduced the interpersonal model of intimacy in which they described intimacy as evolving from a process of coming to feel understood, validated, and cared for by another person. In the last 30 years, the construct of responsiveness has become a central, unifying construct in relationship science as more and more evidence points to the role responsiveness plays in social interactions, close relationships, health and well-being. In this and related work, Harry has contributed pioneering findings on topics such as loneliness, social support, capitalization, compassion, need fulfillment, and relationship quality. Harry added a powerful tool to researchers’ toolbox through his development of and advocacy for daily experience methods, which have been major contributions not only to social psychology but behavioral science more broadly.
Harry Reis has served our field in numerous other ways as well. He was a member of the team that created the Foundation for Personality and Social Psychology, he served as an editor for major journals, and has held key leadership positions in many professional organizations. Among his many accolades Harry has received the Career Contribution Award from the Society for Personality and Social Psychology and the Distinguished Career Award from the International Association for Relationship Research. He is a Fellow of the Association for Psychological Science, the Society for Experimental Social Psychology, and APA, and has been a Fulbright Senior Research Fellow and a Fellow of the Netherlands Institute for Advanced Studies. He has received two Distinguished Service awards from the Society for Personality and Social Psychology and the Georgen Award for Distinguished Achievement and Artistry in Teaching from the University of Rochester.  And now, he a distinguished member of the Heritage Wall of Fame.

Further Donations are always welcome to honor another psychologist. Be sure to leave a note regarding which mentor you would like to donate for and any testimonial you might like to give. ﻿