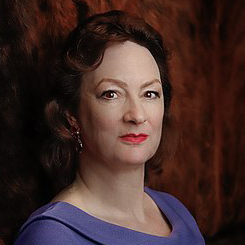 Naomi Ellemers was born in Amsterdam in 1963, from an Israeli mother and a Dutch father, both social scientists. She started her academic education at the University of California at Berkeley. She completed her degree in social psychology at the University of Groningen, where she met her husband, Dick de Gilder, and obtained her PhD (with honors) in 1991.

Naomi’s research mainly addresses group processes and intergroup relations, studying these from a social Identity perspective. Her aim is to advance basic insights in the psychology of the group self to benefit the analysis of real life problems. She works towards this aim by assessing the impact of group memberships with psychophysiological indicators, and by working with practitioners to develop and test effective interventions. Her research on moral evaluations of individuals and groups led her to develop the Behavioral Regulation Model, which specifies how shared values and group-level moral judgments impact on individual self-views and behaviors. She uses this model to understand why it is so difficult to change behaviors that are morally charged, for instance relating to diversity and inclusion, or to work ethics and socially responsible behavior in organizations.

Throughout her career, Naomi has served the field in a variety of roles. These include (associate) editorship of major outlets such as the Journal of Personality and Social Psychology, the Annual Review of Psychology, and Social Issues and Policy Review. Naomi served on the executive committee and as President of the European Association of Social Psychology, and chaired the board of the Kurt Lewin Institute—the Netherlands graduate school in social psychology for many years. She currently chairs the board of the SCOOP research consortium initiated to develop a longstanding multi-site, multi-disciplinary research program on sustainable cooperation for a resilient society.

The added value and relevance of Naomi’s work has been recognized in many ways. Her academic and lay publications are frequently read, well-cited, and received several awards. She was elected member of the Netherlands Royal Academy of Arts and Sciences (KNAW), the British Academy (FBA) and the Academia Europaea (MAE). The highest academic honors were awarded to her, including a Spinoza grant and a Gravitation grant from the Netherlands science foundation (NWO), and European awards for early achievement, career contribution and service. She was also elected to receive the Senior Career Contribution award from the American Society for Personality and Social Psychology (SPSP), and the Aristotle Award from the European Federation of Psychologists’ Associations (EFPA). She received an Honorary Doctorate from UC Louvain in Belgium.

During the past years Naomi has established several research-impact partnerships to connect her science to practice. In this context she collaborates with regulators at the Financial Market Authority and the Authority for Consumers and Markets to develop tools for the supervision of behavior and culture. With her group, she has developed the Netherlands Inclusiveness Monitor, which is used to support diversity initiatives of organizations, in collaboration with the Social Economic Council of the Netherlands.

She also applies her scholarly insights on stereotyping and diversity to promote equal opportunities for women in science. Together with three of her colleagues she initiated the activist group and website ‘Athena’s Angels’, and was part of the group that prepared the position paper on equality, diversity and inclusion for the League of European Research Universities. She was appointed by the Royal Netherlands Academy of Arts and Sciences to chair a committee to advise the Minister of Higher Education on measures to improve social safety at universities in the Netherlands. Naomi was identified as one of the 100 most influential women in the Netherlands two years in a row.

Together, Naomi and Dick teach and write about behavior in organizations, and train vigorously to improve their ballroom dancing technique.

Working with you, Naomi, has been, and will always be, my richest professional experience. You have had a tremendous impact on my way to consider the research and on my role as a practitioner. You are an extraordinary person and researcher to learn from. Thank you, Naomi, for being a unique role model and unwavering source of support.

I find myself fortunate to be able to call Naomi Ellemers a role-model, mentor, collaborator, and friend. Naomi has served the field by pioneering theory-led innovation in understanding the role of group processes and social identity in phenomena as diverse as group status, gender stereotypes, morality, and organizational identity. Her work has a clear signature in that it is always driven by a practical and applied research agenda, combining theoretical rigour with empirical precision and robustness. As anyone who knows Naomi will be able to attest, Naomi is generous, dedicated, curious, supportive, multi-talented and super smart. Like so many others in our discipline, I have benefitted tremendously from her wisdom, guidance and mentorship throughout the years. Given Naomi’s outstanding contribution to the field it is fantastic to see that she has been added to the SPSP Heritage Hall of Fame.

I first met Naomi in Leiden, back in 2006. Back then, I was a PhD student and she was supervising part of my PhD project. From that moment on, I had the honor, the luck, and the pleasure to start developing one of my main research lines together, and we never stopped ever since. It is really difficult to condense Naomi's personal and professional qualities in a few lines. In my experience, one of the qualities that best defines her is the way she naturally inspires all of her colleagues: Naomi is always ready to spend time and energy developing new ideas, reflecting on problems and trying to find a solution, together. I’d say that she is constantly reimagining research as a problem-solving tool at the service of societal goals.

Naomi has deeply and drastically influenced the way in which, as a researcher, I approach the socio-psychological issues I focus on during my research activity. She taught me to look at issues in a holistic way and to go beyond the single study, as to understand "the bigger picture" in a coherent and complex way. Naomi has always been very generous in sharing her enormous scientific and human knowledge with me, she encouraged me to improve myself as a scientist and to keep pursuing new professional and personal challenges. It was nice to talk about all this in a dinner with her and Dick—a few months before the outbreak of the pandemic—in the fantastic framework of the “trabocchi”, on the Italian Adriatic Coast.

As I said, Naomi’s scientific contributions and her impact on our society are too wide to be described in these few lines and, at the same time, so crystal clear that there’s no need to further words: this award is another, truly deserved recognition of her impactful career: Congratulations, my dearest Naomi!

As one of her former PhD students, I first came to know Naomi as a highly engaged supervisor. She taught me many valuable lessons about conducting psychological research, about our scientific community and about what it means to be a scientist. Many years later, she still continues to be a source of inspiration for me. Because of Naomi's ongoing interest in understanding the psychological processes that drive current societal phenomena, and her active dissemination of all our findings to practice, she moves the field forward and shows how important it is to the outside world. For this, I am extremely grateful.

Before we started collaborating, I had long been impressed not only by Naomi's outstanding research but also by the dedication and commitment with which she has been pursuing her research goals and the aim to put her insights to good use in society. Her societal engagement is first and foremost driven by the aim to tackle important societal problems like injustice and toxic behavior. In that sense, she is an exceptional role model. As a collaborator with whom I very much enjoy working with, Naomi has always been highly engaged, extremely reliable, and supportive in a way that I have never experienced in any other collaboration. This applies both to joint research but also advice and joint activities in service.

Naomi Ellemers is a powerhouse, a mentor, an amazing role model, a leader in the social identity and intergroup relations field. There are few basic tenets of the social identity approach that she has not touched in her long stellar career. I started to work closely with Naomi on my return to the Netherlands following my PhD at UCLA. First on a postdoc together, later when I joined the social and organizational psychology area at Leiden University. It is a tremendous pleasure to work with Naomi—her vast knowledge, strong theoretical base, her incredible network, and her warm supportive mentoring style on both the work and personal life front. In working with her she positively challenges, supports, advises. And she has done all this in a not too easy climate. For the longest time she was one of very few women in the Netherlands in senior social psychology, and saw all the many barriers that then existed (and still exist in part). This was no easy path, with difficult decisions on the way. She has succeeded not only in her science, but in truly changing the social psychology field in the Netherlands and at the European level. With her support and tremendous guidance came to maturity a very strong group of social identity researchers, many of them women. In these ways too she has changed the look of the field. And her influence in fact stretched far beyond this group of social identity researchers. She continues to support these many individuals in large and small ways, and has made a tremendous impact through her science, advocacy and support both to theory and research, and to gender diversity in social psychology - in universities and organizations in the Netherlands, Europe and the field more generally. As part of her recent contributions she launched the Athena’s Angels initiative, through which she—together with her three key compatriots—communicates from a scientific perspective about the known and latest insights into challenges women need to overcome in science to realize their ambitions, in Europe still more than in the USA. Amongst her many honors (indeed too many to list) is the Spinoza Prize—the Dutch Nobel prize for science. It is an honor and pleasure to know Naomi—and I daily benefit from her mentorship. I in turn try to pass on all the many lessons she has taught me - and continues to teach me- in my day to day work and mentorship.