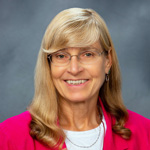 Her research focuses on personality disorder assessment, for which she authored the Schedule for Nonadaptive and Adaptive Personality (SNAP), which measures personality traits across the normal-abnormal spectrum. She has been a leading proponent of using trait dimensions rather than categories to diagnose personality disorder for over 35 years, and served on the DSM-5 Personality and Personality Disorders Work Group, which developed a trait-dimensional diagnostic system for the DSM-5 Section III, Emerging Models and Measures. She also is a leading researcher into the link between personality and psychopathology, served on a number of cross-cutting study and advisory groups for DSM-5.