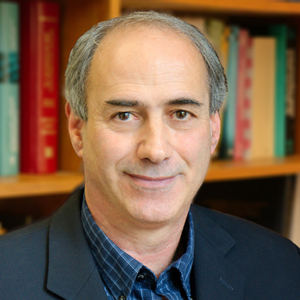 Jack Dovidio is the Carl Iver Hovland Professor of Psychology and Public Health at Yale University, where he also served as the Dean of Academic Affairs of the Faculty of Arts and Science. Jack earned his A.B. from Dartmouth College in 1973 and his Ph.D. from the University of Delaware in 1977. His collaboration with his dissertation advisor and friend, Sam Gaertner, continued throughout his career. Jack’s first academic position started in 1977 at Colgate University, where he later served as Provost and Dean of the Faculty. In 2003, he moved to the University of Connecticut, followed by a move to Yale University in 2007.

Jack’s research centers around issues of social power and social relations, both between groups and between individuals. His work on prejudice, stereotypes, and discrimination, related to a variety of social categories such as racial and ethnic groups, sexual minorities, immigrants, socioeconomic status, and people with disabilities, is considered foundational. His early theorizing on Aversive Racism (in close collaboration with Sam Gaertner) set the groundwork for current research on implicit biases. His exploration of both conscious and unconscious intergroup processes has had a deep and lasting impact on our understanding of how people think, feel, and behave toward others based on group membership.

A primary focus of Jack’s research has been on discovering mechanisms related to intergroup bias and developing strategies to improve intergroup relations based on this knowledge. For example, his research on the Common Ingroup Identity Model has contributed to our knowledge of how social categorization processes can increase and decrease prejudice. Likewise, his work on contact theory, positive expectations, bias awareness, entitativity, associative training, and social power have led to the discovery of effective interventions to reduce intergroup miscommunication and bias. He has also made key contributions to the understanding of how perceptions of health care providers affect medical interactions, decisions, and outcomes for traditionally stigmatized groups. Jack’s legacy, however, will not only be related to his theorizing and research, but also to his commitment to mentoring students. As evident in the tributes, Jack has inspired the next generation of academics because of his dedication to science, his support of collaborators and students, and his steadfast goal to improve intergroup relations.

Further Donations are always welcome to honor another psychologist. Be sure to leave a note regarding which mentor you would like to donate for and any testimonial you might like to give. ﻿